INTERVIEW
Menu
fb
i
Trust Cut
ДО{К}ВІРА {укр}
«Underwater»
Epilogue
Map
Credits
Prologue
Home
Explication
Maria Pronina
﻿A series of collages.
Paper, scissors, scotch tape, glue.
This work was created as part of the residence Underwater. Schaslyvtseve, 2021.
I have a collage drift. Today Protyah has talked about interesting drifts, and I remembered my own ones. And I realized that I make this series on the same principle: I drift on the material, and apply the senses layer by layer. Just like a puff pastry pie. But the direction is always the same, gender-based violence, in the historical perspective and today. What they were forcing and forbidding to do, what were the habits they engrained in order to please the patriarchal system. All this had turned into this completely new filling recipe, this collage drift.

Someone gave me a magazine with an article about Jeanne d’Arc, showing her image changing and being represented in culture in different historical periods. There were reproductions of engravings and photographs from plays and films, where she was the main character. Although it was all rather about the collective image of women knights. Despite the fact that there were other women besides Jeanne, it was she who became the personification in history of she-fighters and she-warriors. It seems to me that the reason is that Jeanne is historically closer to us, compared to, let’s say, the strong and free Amazon women. There’s way less information about them. So I combined an image of women-knights as an image of struggle with the image of women in BDSM culture, which is allowed by patriarchal society, as the one that can serve for the sexual satisfaction of individual men.

My friend from Kyiv handed me some magazines. I found a column on plastic surgery in one of them, and pictures of houses with gardens and flowers. They seemed to be a guarantee: after plastic surgery we’ll all live in these houses and wear this jewelry. You’ll bloom like these garden flowers, and some wealthy man will definitely want to take you. I transferred this modern element to my plots. After all, we constantly hear that a woman's beauty is her entry-pass into a world without worries. Or something like that.

I found a package of different ads lying on a bench in Mariupol. Food supplements, detergents, body care products, lotteries offering an ultimate chance to win hundreds of thousands of hryvnias! No one will win. We discovered this roll of paper while walking with the Krolikowski Art duo. We were discussing a process of creating poems and collages with Alexandra. How spontaneous it is, and how one can catch the mood on the street, and transfer it to the poem or visual image. I picked up this pile and told her, that's how I find most of my material.
I dispersed these elements in my collages.

Every time I used one source, applied 1 element to all 13 works, and then hid the collages folder until a different material was found.

Serezha found two issues of an Orthodox magazine, late 80's – early 90's, and, of course, it immediately caught my attention. The magazine was brought to my collage workshops in the art cluster where I work. I had to wait. Finally, when the owner of waste paper told me he's done with these magazines, I took it home and covered my work with 13 new elements. “Christian Patriarchate” was something my collage pie was missing. Plus, the way this magazine was found is very close to me. I think the gender-based violence basis lies precisely in this patriarchal system. The men built religion a long time ago in such a way that women in this system were subordinate. Although Jesus himself was a feminist and summoned for love, equality and forgiveness.

Later on I overlay the elements randomly. I love collaging because it's a one-way collaboration with whoever I want. I was once told that any object of art changed by a collage becomes a new art object, and so does not violate any copyrights. No one will ever raise claims for collages. So I give myself an opportunity to apply a couple of layers the way I want. It seemed to me for a while that my process stumbled, and needed a little push.

Now I am applying a layer from SHO magazine, 2015. I collaborate with it, whether it wants it or not. This magazine influenced my growing up in Donetsk in the distant 2004-2008. When I went to Lviv on my student vacation, I always tried to find and buy all the issues, because they were not sold back at home. And it was a very important source of understanding Ukrainian culture for me. Now I can cut these magazines into my own meanings.

There were a couple of boxes of poems by some gramps laying behind the stage in TU. The poems themselves are cringe, but the titles are cool. I took two books to extract words and phrases for the final layer of my collages. I wanted to make this series in Ukrainian, as if to defend it with mova [Ukrainian language].

I took all the unfinished collages and poetry books to the Arabat Spit with me, to enlarge them with some local press scraps and some inspiration from communicating with the women who were there with me. Valya and Yulia got me some local newspapers, and I took all the women’s images, inviting them to a new universe.

And that early 2000ies gramps is the voice of all those works. All his words and phrases ceased to be his and became mine in my collage drift. I mixed them, combined them with some images and plots. Now forget that these are the gramps’ words. They are mine.

Welcome to my collage drift. 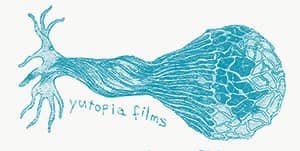