AntiGonna was born in Vinnytsia in the family of a businessman. It was the 90s, so the father's business was in a quite fragile state. When he started having problems with crime syndicates and his business eventually was taken away, his whole family suffered. The father had to "disappear", and the mother was left alone with two children without any income. AntiGonna, who was only thirteen at the time, got the full picture of what the "world of serious men" was like. Because of her father's debts, she was raped right in front of him. From there began the girl’"adult" life of the girl, the future author of the video series Porn Horrors.

At about the same time, in Donetsk, the parent’s of a teenage Masha tried to perform exorcism rituals on her after finding out she was bisexual. Relatives convinced Masha that she was "sick", "deviant", "unworthy", so she needed the help of priests. Due to the pressure of the environment in which Masha had been for many years, she indeed needed help, albeit not from the church, as her parents believed, but of a therapist. Masha was diagnosed with bipolar disorder. To survive, she needed to learn to accept herself. This was the beginning of her independent journey, which continues to this day.

Another heroine of the film, Ksenia, by that time had already graduated from school in Zaporizhia. Ksenia had an unquenchable thirst for life and high hopes for her future. Life with an alcoholic father who terrorized the whole family was left behind. Ahead of her were independence and dreams of her own loving family. On the way to her dreams, though, Ksenia met a lot of resistance, because her understanding of the family is quite different from its standard definition. Ksenia, having no husband or wealth, is an "eccentric" artist with open-minded views, who adopted two children. Ksenia created a safe space for them and herself, despite stereotypes, rejection and sometimes harassment by social services and other institutions. Today, Ksenia tries to stay afloat despite her emotional and physical exhaustion and to protect what she has been creating for years.

All three heroines were and remain "alien elements" in their environment, which does not accept them, keeps pushing them out. However, not only had they survived, but they also have something to say about it. Their art is an invitation to a dialogue about what invisible violence is, why it permeates our society, and what are the possible alternatives. In the film Underwater, we will not only get acquainted with this art, but also observe how the stories of three strong women are intertwined, and what their life choices led them to.

But there’s nothing yet about me in this text. Who wrote it? Who tells those stories? Who wants to make a film about them?

I am Oksana Kazmina. I grew up in rather strange circumstances in a large and often dysfunctional family, in which there was emotional and physical violence, harassment from an elderly relative, death, fear and feeling of isolation, which resulted in antisocial behavior, panic attacks, frequent inability to communicate with loved ones, self-doubt, and devaluation of one's own work.

That is the place from where I see the stories of other participants and narrate them. By narrating, I feel this place expand, change, and how all of its shaded lacunae become visible. The darkness in this place is alive. It has weight. 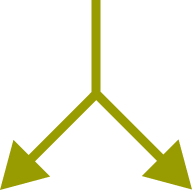 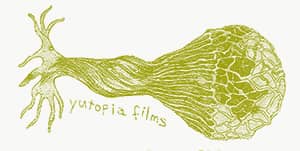