Credits
Map
Epilogue
«Underwater»
Explication
Home
Prologue
fb
i
Trust Cut
Menu
ДО{К}ВІРА {укр}
A documentary in the usual sense, a film as it is presented to us by commercial cinema, international festivals, globalised online platforms or a central TV channel, is a complete, meticulously assembled product where every element has its place. And this structure, which often concerns the fate of a Human Being {the person on whom the camera is presently focused}, is based on trust, which allows the director to "sneak up" on the subject, to be a "fly on the wall"[1] infiltrating the "snake zone"[2]. It is no secret that behind the veil of social engagement {which, due to the level of responsibility involved, requires an extremely attentive and self-reflective approach}, there is a more economically profitable model for making a film. Trust and social engagement replace pay. This is a universal characteristic of "documentary" that is subject to critical rethinking, since it is there that exploitation manifests as a guarantee of efficient production.


In feature films, actors, along with other specialists, participate in the creation of an image, which, alienated from them, becomes a part of a larger {author's, director's} statement. In documentaries, it is not so much the result of labour that is alienated {although labour is involved, in the form of both the time allocated for filming and the emotional resources necessarily expended in speaking and showing oneself}, but the story {which here can be equated to the lives} of the heroes of a documentary. The appropriating gaze of the camera/director and the subsequent editing: cutting and merging footage shot at different times, in accordance with the author's {and therefore a priori correct} intention, turning years of life and unique experiences into an hour and a half to two hours of narrative that must be "relevant", "original", must "explore the topic" and so on. And if the construction of this narrative is accompanied by a breach of trust, signalling [hierarchical] inequality in the process of making the documentary, then this fact is often not just written off as insignificant, but not perceived at all.


Does documentary film analyse itself? And how can we examine it critically from outside? The obvious solution is to look behind the scenes of documentary production. Oksana Kazmina, the director of the film Underwater, gave us access to hundreds of hours of footage filmed by her and her crew, thus inviting us to openly observe the existing relationships, including off-screen, between her and the heroines of her documentary narrative. We explore Underwater knowing in advance that this is not film as a monolithic result of intentional action, but film as a process, "film as text and corporeal praxis" {according to the director's concept}. Building on the topic of hierarchy in documentary production, which begins with the institutional interaction of actors and continues in the form of the delegated right to exercise power and violence in the name of a higher goal in relation to those less privileged, we immerse ourselves in Oksana Kazmina's film, which tells the story of a life permeated with violence. A violence that is normalised, imperceptible and subconscious, but also deliberate, perpetrated by the individual and by society.


Trust Cut is an exhibition assembled mainly from the "raw" video and audio files that make up Oksana Kazmina's archive after six years of work on Underwater. The footage we selected was not directly affected by editing {apart from the necessary improvements to sound and occasional editorial intrusions into what is said or shown, necessitated by the obligation to ensure the safety of participants in the film and exhibition}. Meaning that what has been condensed into a single frame for the exhibition, being restricted by the requirements of transition, may well actually be but a fraction of, for example, half an hour of raw material. The footage was selected not only on the basis of the curators’ idea of what kind of relationships would allow us to make judgments on whether power was being abused {the author having a greater right over the work than those who helped to create it} but also with the understanding that each video shown at the exhibition is self-contained, and together they do not form a coherent statement nor a coherent narrative. Due to this, as if by chance, we can see a blurring of genre norms, in both the documentary film and the exhibition of contemporary art. The illusion of a more intense experience of "reality" that accompanies the viewing of footage {devoid of clear narratives and three-dimensional characters} steers us to the idea that documentary is primarily the result of the process of making a film and not the main feature that manifests itself in every frame, action, and word. What are the rules for documentary? What methods of cinematography does it need? What intraframe or interframe editing, what rhythm, what kind of subjects generate it? Raw footage that has not passed through a "professional" selection process does not always look "attractive". It can be easily described as vague, incomprehensible, lengthy, and uninteresting. Arranging them in a particular order does not contribute to them becoming easier to "digest". Regardless, this organisation, which is very far from the director's work with the footage, including the work of Oksana Kazmina on her film, is what we call "curatorial editing". Finding ourselves between three levels of "reality": the reality of life, the reality captured by the camera lens, and the reality of the edited film, we try to get closer to observing where the trust that lies in the heart of the documentary comes from, and how it manifests

The subject of our curatorial interest is the practice {the combination of process and result} of documentary cinema. We turn our questioning gaze to it in order to find out in what way ethics, politics, and aesthetics are connected during the production of a film. And while at first glance it might seem that the emphasis on the process of making a film solely concerns the ethical component of this process, we should point out that when a film about discursive violence itself becomes an act of violence {in relation to participants/employees, to physical reality and the reality of the abstract, the symbolic} it also becomes a question of aesthetics. Can we experience catharsis, knowing that the mechanism that causes it is built on exploitation, indifference, cruelty, and deception of trust? The answer to this question is a political gesture that always entails changes, no matter how we assess them. Trust Cut does not impose a different method of working with documentary films. It does not assert that by obeying certain rules, we can produce a film {or any other kind of art} differently. Trust Cut only shows that there are places and spaces in which people make conscious efforts to build other types of relationships. And only these other types of relationships can produce a different product: less dominating and violent, without alienating labour, stories, or lives. Trust Cut is a statement proclaiming the need for constant questioning as a way to overcome the inertia of the system.

[1] An approach to documentary production, which assumes that a viewer does not feel the presence of a film crew {or even a director} while watching a film, as if «peeking in» the «real» life in the frame.

﻿[2] A term offered by a documentary filmmaker Marina Razbezhkina, which means the closest distance {physical and emotional} that a director can get to a person during filming – before a person wants to «bite» them {or «shuts down»}. 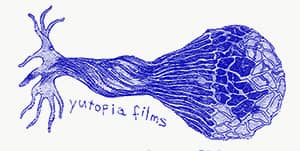